The Chair and Trustees of the General Council of The Seafarers’ Charity are pleased to announce the appointment of Deborah Layde as Chief Executive Officer. 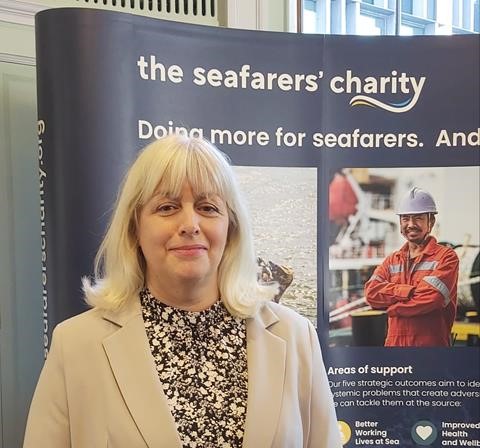 Deborah is currently Director of Impact at The Seafarers’ Charity and has played an instrumental role in delivering positive change for seafarers. Working with the Senior Leadership Team and Trustees she has moved the charity from a reactive organisation to one which understands the root cause of problems and develops solutions.

Her work has included excellent examples of collaborative projects that are significantly enhancing the maritime welfare sector; for example, leading exceptional work during COVID-19 to provide an additional £2m of support for maritime welfare. More recently she has led a grants programme to support seafarers and their dependants facing severe deprivation due to the Russian invasion of Ukraine.

‘We were unanimous in our decision to appoint Deborah Layde. She has a strong track record of delivering for seafarers and is well positioned to lead The Seafarers’ Charity as we continue to deliver on our ‘Thrive’ strategy. You can expect to see even more innovative work as we keep doing more for seafarers.’

Deborah has worked at The Seafarers’ Charity for almost ten years. Prior to joining the Charity she was employed in the wider charitable sector, transferring from fundraising to grant making. An additional 18 years in business included operating as a senior leader, working on business innovation, culture change and income generation. Deborah is a fully accredited coach and a Clore Social Fellow.

Deborah’s connections and passion for the maritime sector are strong and familial, her father was a Royal Naval Captain; her mother’s cousins included both fishers and RNLI volunteers with much of her early life spent in the major fishing port Newlyn, Cornwall.

‘I am proud that trustees have entrusted me to deliver on our ‘Thrive’ strategy, which aims to tackle the unique disadvantages of a seafaring life. Our strategy to work proactively, using research and advocacy to support grant-funded solutions to create impact, has already seen benefits – from increased awareness of suicides at sea and our Fishing First Safety Management pilot project to working through issues impacting crew working conditions in the UK fishing industry. My ambition is to ensure that our Charity always acts as a champion for everyone who works at sea.’

Since Deborah joined The Seafarers’ Charity in a grant making role, she has overseen the investment of almost £30m of funding into the maritime welfare sector. For over 100 years The Seafarers’ Charity has been a major funder of maritime welfare services and now uses the power of collaboration, research, and advocacy to deliver bold solutions for those who work at sea, whatever role, nationality or gender they may be.

‘I am thrilled that Deborah’s talent, expertise and capability have been recognised. There is no way we could have achieved what we have over the last three years without her experience and drive. I am delighted to be handing over to someone with a track record of making lives better for seafarers.’

Deborah will assume the position of Chief Executive in early July 2022.