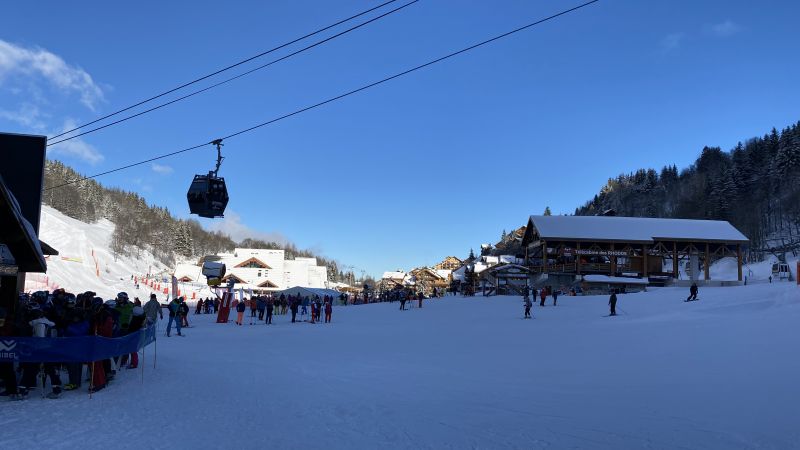 The annual Inter Services Snow Sports Championships is underway in the French Alps.

Around 150 competitors from across the UK Armed Forces are taking part in the tournament in Meribel.

The tournament got off to a difficult start after heavy rainfall and high temperatures caused the first event to be postponed.

There were wins for the Army and the Royal Air Force on the first event of day three at the Inter Services Snow Sports Championships.

In an exceptionally tight men’s Alpine Ski Super-G final, it was the Army’s Sapper Euan Kick who came out on top.

The Royal Navy’s Lieutenant James French came second, while there was also a spot on the podium for Sapper Duncan Kuwall.

Heavy snowfall made the run tricky but it was the RAF’s Leading Aircraftwoman Phillipa Baxter who won the women’s, while Sapper Duncan Kuwall from the Army won the men’s.

LAC Baxter, who was making her debut, said it was “amazing” to win gold.

The weather improved in time for the event which was held in the evening, under the floodlights of Meribel’s stade.

BFBS Snowboard Cross Final: the championships’ first event was postponed to Friday because of poor conditions.

The qualification rounds went ahead but officials decided to push back the final until later on in the week over “course issues”.

Telemark Giant Slalom Final: There were Royal Navy wins in both the men’s and women’s events.

A piece of history was made on the first day in Meribel as Sub Lieutenant Dominique ‘Nix’ Symons became the first woman to win the final.

She said it was “amazing” to be a record-breaker and called on other women to give the sport a go.