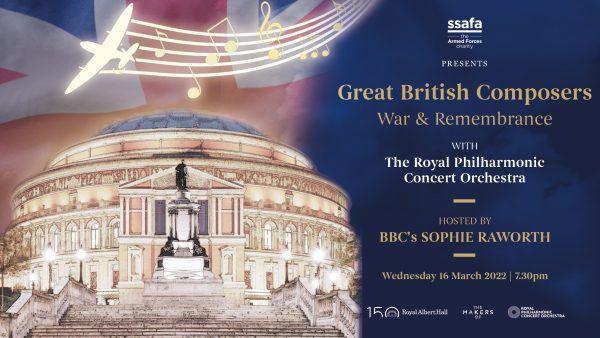 It will be a night of spectacular music from William Walton, Benjamin Britten, Edward Elgar, Eric Coates, Ron Goodwin and more.

The evening will reflect on key anniversaries including the Battle of Britain, D-Day and VE Day – somewhat missed over the past 18 months but never forgotten.

Sophie Raworth will explore how conflict and remembrance have influenced some of the most famous pieces of classical music from the last 100 years – and hear about her own family link with Edward Elgar.

Join us for music inspired by the moments that have created our history using special code SSAFA2022 to book the best seats available (on a first-come-first-served basis):