The walk is predicted to entail 11,000+ miles over 553 days at a pace of approximately 20 miles per day. Dan started from his hometown Dalbeattie in Scotland and has already made it to the War Memorial on Ardrossan South Beach where he was met by veterans and Armed Forces charities including SSAFA. 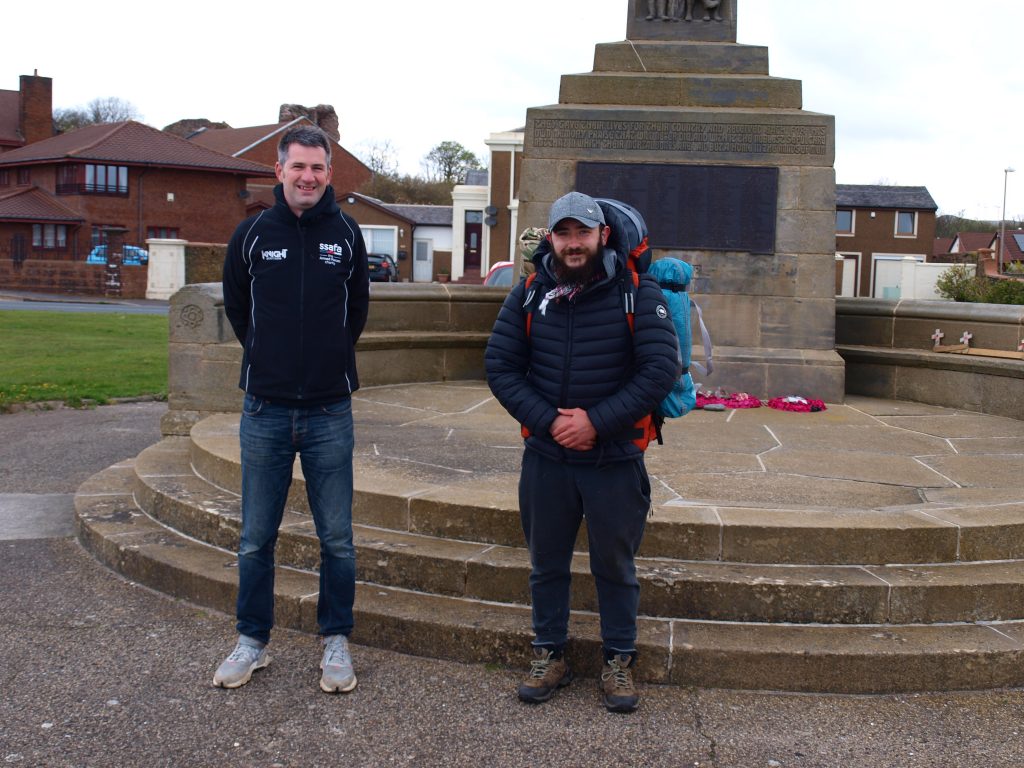 David Black, Fundraising Development Manager, Scotland said: “It was fantastic to meet Dan and thank him for taking on this mammoth challenge to fundraise for SSAFA.

The Branch president of the RBLS Saltcoats, Ardrossan and Stevenston Paul Coffey, and I joined him for a bit of the walk from the monument to the ferry terminal and we mostly talked about Football!

SSAFA have managed to obtain a Jet Boil to help him make hot food and drinks to fuel him on the way. It was very cold and Dan went out of his way to thank everyone for meeting him.”

Dan joined the Army when he was sixteen and served in 19 Regiment Royal Artillery. Since returning to civilian life, it has been tough for him dealing with chronic pain, depression, and anxiety. Dan reached out to SSAFA and they supported him and helped financially.

Dan McNeil said: “I can’t thank them enough for everything they’ve done.

Lockdown has really challenged my mental health especially not having a job and a decent routine. One day it came to me to start a walk around the coastline of Britain to help those who are struggling with civilian life. I’ve sold everything I own; all my materialistic things and I hope to have some amazing experiences ahead.”

If you would like to support Dan with his fundraising efforts for SSAFA, you can do so here: justgiving.com/fundraising/danwalksuk

You can also follow his story via Tik Tok here: tiktok.com/@danwalksuk